The climate is, of course, that of the south-west of France, so spring comes much earlier than in the UK, and it’s often warm and pleasant, with temperatures often in the mid-teens, from early March making this latitude ideal for British cyclists wishing to start their season a little earlier. Early Spring trips at the end of February are likely to be a great way to get an early start to your season, particularly for keen riders looking to start serious training early.

Summers can get very hot with temperatures in the high thirties but, because of La Bucherie’s 360m altitude, mid- to high twenties is more usual. When the summer sun does beat down in mid-Summer the early mornings are usually clear, blue-skied, fresh and fantastic for riding.

The last two end of October - early November trips have been warm and dry too, with temperatures in the high teens and low twenties. Locals swear that September and October are the best times to visit. Autumn is when the real glory of the region’s beautiful woodland colour emerges, and once the visitors have gone back to the cities the local communities light their fires and valleys fill with wood smoke, but although the temperatures start to drop at La Bucherie in November, on the lower ground toward the coast to the west temperatures are moderated by the Atlantic in the Bay of Biscay even later than this and Christmas riding is perfectly feasible. 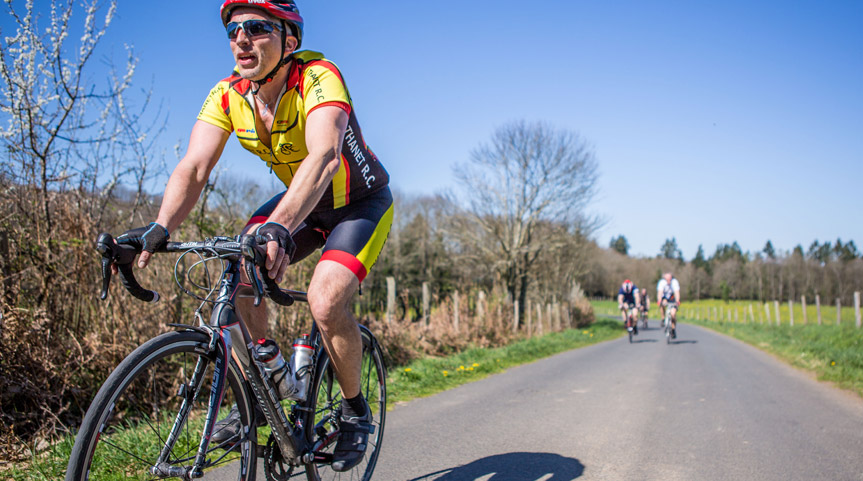 Riding in the Spring is thoroughly recommended

The nearest major weather station is Limoges, and below are its temperatures throughout the year.

Toward the coast the climate is more like that of Bordeaux:

(Yes, including all of your accommodation, food and transport!)

Long weekends on Mont Ventoux, the Alps or Pyrenees for £595pp

"The bicycle is the most civilized conveyance known to man. Other forms of transport grow daily more nightmarish. Only the bicycle remains pure in heart"
Iris Murdoch